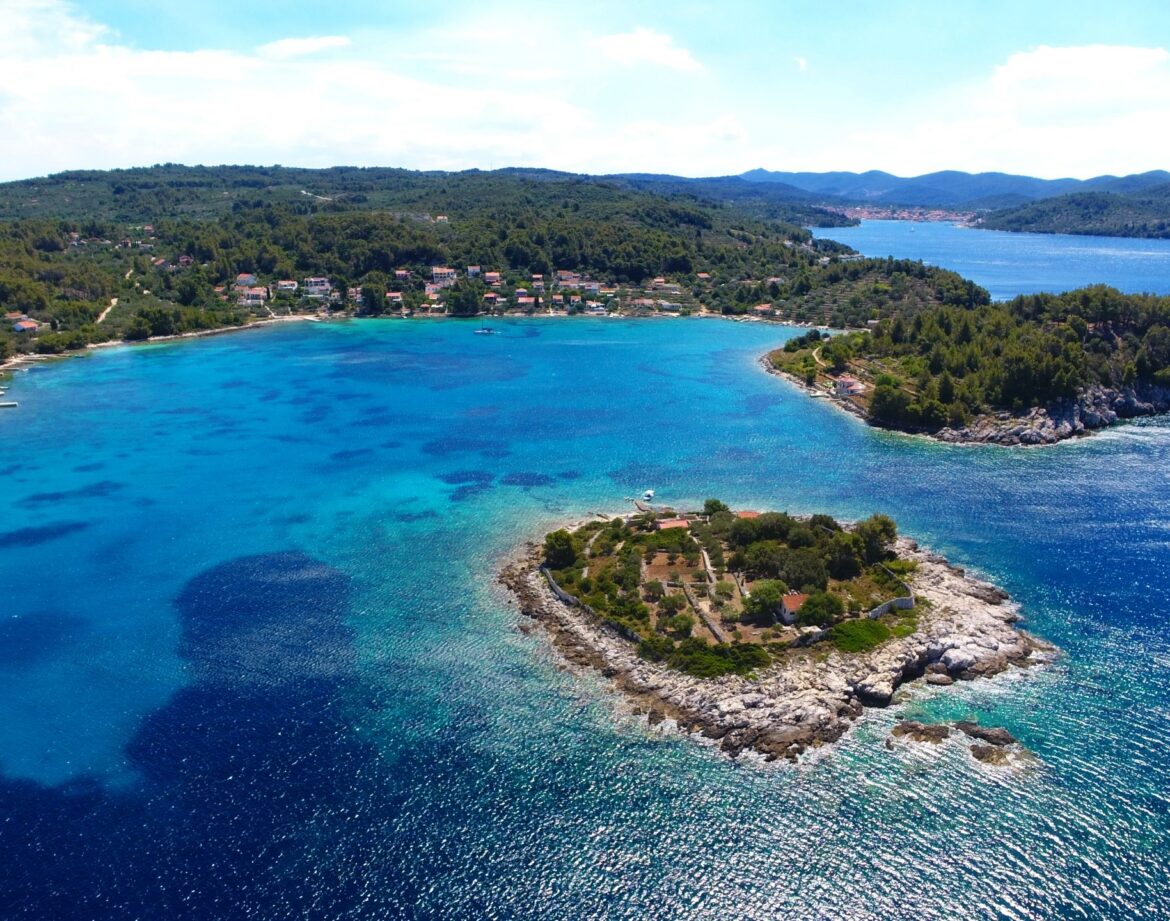 It is the sixth-largest island in the Adriatic and its coastline is a proud 182 km long. This is divided into countless smaller and larger bays. Its population has 16.000 inhabitants, which makes this island the second largest inhabited island on the Adriatic.

In winter the temperature rarely drops below 10 ° C, while in summer the average temperature is 26,9 ° C. However, the maximum temperature rises to 40 ° C. Snow rarely falls in winter and it becomes a special experience for the residents.

The average sea temperature is 12,9 ° C in March and 22,3 ° C in summer. The most common wind in summer is the west wind – Maestral, in winter southeast – Jugo or Northwest – Tramontana. Korčula is one of the most forested islands on the Adriatic. Mainly there are pines: Aleppo pine (Pinus halepensis), Pinus pine (Pinus pinea) and Dalmatian black pine (Pinus nigra Dalmatica). But there are also many cypresses and dense forests of holm-oak, wild olives, carob, and laurel. Here, you can also find palm trees, eucalyptus, bougainvillea, oleanders, and various cacti. There are also wild medicinal and aromatic plants such as sage, rosemary, strawflowers, lavender, mint, thyme, oregano, marjoram and a lot of other edible plants.

At the beginning of autumn, you can choose between different types of mushrooms, while in spring you can enjoy fresh asparagus and black bryony.

There is also an endemic plant on Korčula: the black orchid. Vela Luka is also known as “Locus classicus” because of this orchid because it is the place where the first example of this plant was found and described. There are 35 different types of orchids on the island of Korčula as well. The most interesting animals on the island are rare jackals (Canis aureus Dalmaticus), mongooses (Mungus mungo) and a variety of birds and songbirds. The island’s wildlife includes rabbits, pheasants, wild goose, wild bears and even deer that were found on the small island of Badija.

The sea is rich in fish, crustaceans, mussels and sea urchins.

Today, all the inhabitants of Korčula take full advantage of the modern age, while respecting the traditions and living in harmony with nature. To ensure their livelihood, people practice their profession here, with almost every family working in agriculture. Grapevine and olive tree cultivation is the most important branches, but almost everybody also grows other vegetables. Some families live only from agriculture. It is difficult to say with certainty which area or town on the island is the oldest: some say Pupnat, others Blato. However, it is certain that the island of Korčula has been inhabited for a very long time. The first inhabitants here were the Illyrians, then the Greeks and later the Romans. The Croatians came in the 7th century. They all left their mark on the island; every place keeps secrets of ancient history.

The most famous places on the island are Korčula, Vela Luka and Lumbarda.